US equity markets, as measured by the S&P 500 index, rose 1.3% last week.  Investors have been optimistic about the progress toward economic reopening across the US despite several hotspots around the country with significantly increasing COVID-19 cases.  There were signs of resiliency in US households last week as construction of new homes jumped more than 17% in June and applications for building permits rose 2%, potentially aided by near-all-time low mortgage rates.  The National Association of Home Builders / Wells Fargo Housing Market index increased significantly as well, and is now firmly in positive territory, reflecting a generally optimistic outlook among homebuilding companies.  US retail sales also increased significantly in June, rising 7.5% month-over-month, which followed an 18% monthly increase in May.  These are positive signs that the optimism of households and their spending trends that drove much of the economic growth of the last several years may be intact.

Earnings season kicked off last week, with large banks like JPMorgan and Goldman Sachs reporting results as well as media companies like Netflix.  The profitability story from America’s largest financial institutions was mixed, with more consumer-focused banks like Wells Fargo posting large earnings declines for the quarter as loan-loss provisions were significantly increased.  So far, 9% of S&P 500 companies have reported results, with roughly 75% of these companies outperforming analysts’ consensus expectations for revenue and earnings growth.  As of July 17, it is expected that S&P 500 earnings will decline 44% year-over-year for the second quarter when blending both actual company results and analysts’ consensus expectations for those companies that have not yet reported. The 12-month forward price-to-earnings ratio for the S&P 500 is 22.3, which is above the five- and ten-year averages of 16.9 and 15.2, respectively. 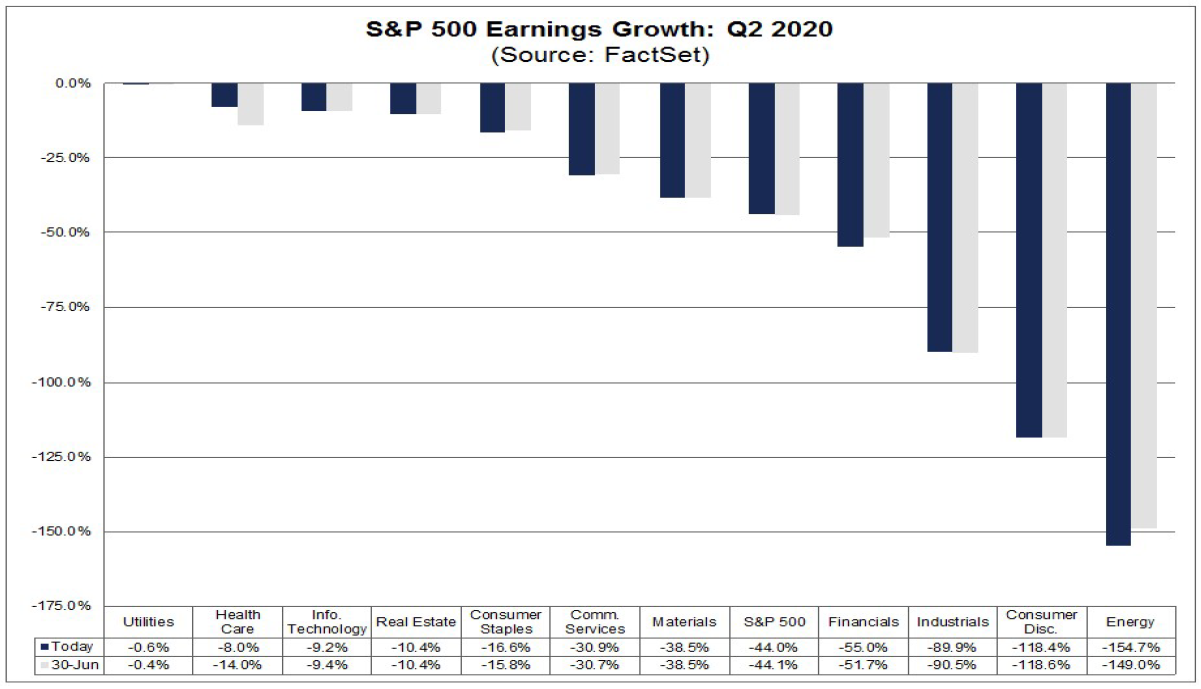 [1] Source for all return data: FactSet