How will you live out your dream for what’s next?

What do you think God
has planned for this
next season of life?

Do you know
who God has
made you to be?

Do you have the
tools you need
for life’s transitions?

How much is enough?
And how does God want
you to deploy the rest?

You cover your room.
We’ll cover the rest.

Nestled in the foothills of the Appalachian Mountains and rooted deep in the South, Pursell Farms offers an unparalleled resort experience steeped in Southern hospitality. Tee off on the world’s only research and demonstration golf course, FarmLinks, or take your best shot on the sporting clays course at ORVIS® Shooting Grounds at Pursell Farms. Relax in the tranquility of the Spring House Spa followed by a chef-inspired meal at Arrington or Old Tom’s Pub overlooking the 18th hole. Luxury cabin guestrooms and stately, historic homes provide a superlative retreat to unwind. 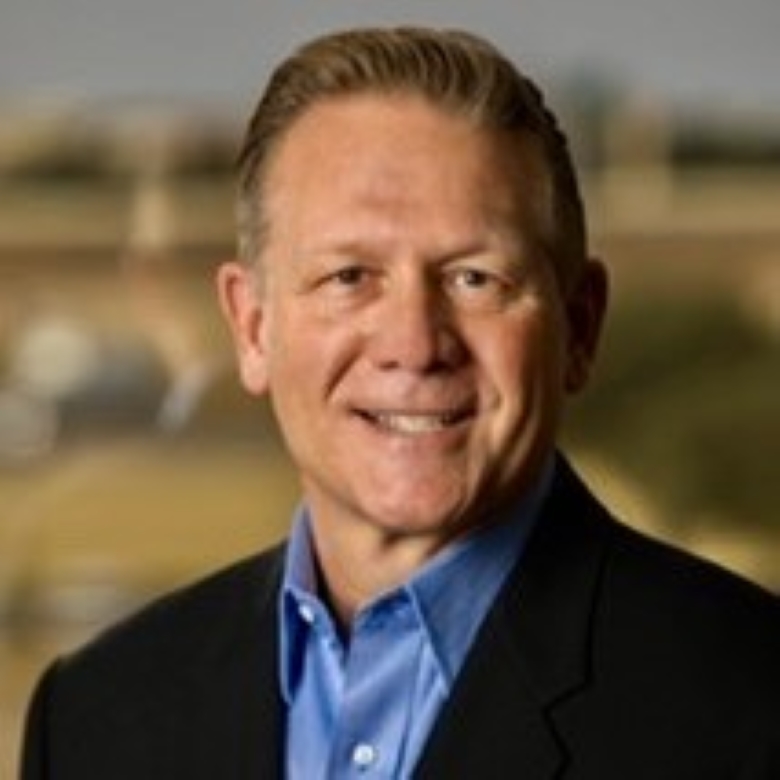 Chairman, The Halftime Institute
Speaker
Author, Trade Up: How to Go From Just Making Money to Making a Difference

Dean Niewolny spent 23 years in executive roles with three of Wall Street’s largest financial firms. Dean decided to become the CEO of Halftime Institute in 2011, where he could help more people who, like him, wanted to expand their skills and work from a place of passion and purpose while making a significant difference.

In 2021, Dean stepped into the role of Chairman of the Board and Halftime Ambassador. He now speaks at events worldwide, equipping business leaders and corporate teams to pursue joy with impact, balance, and passion at work while living lives of significant value. In addition to his role with The Halftime Institute, Dean joined GXG Consulting Group in 2022.

Out of Dean’s 35 years of executive experience equipping Fortune 100 and 500 leaders and teams, he mastered a framework of leaders and teams that finish well. Using this framework, Dean walks teams and leaders through breaking down barriers and uniting with passion around a common vision. 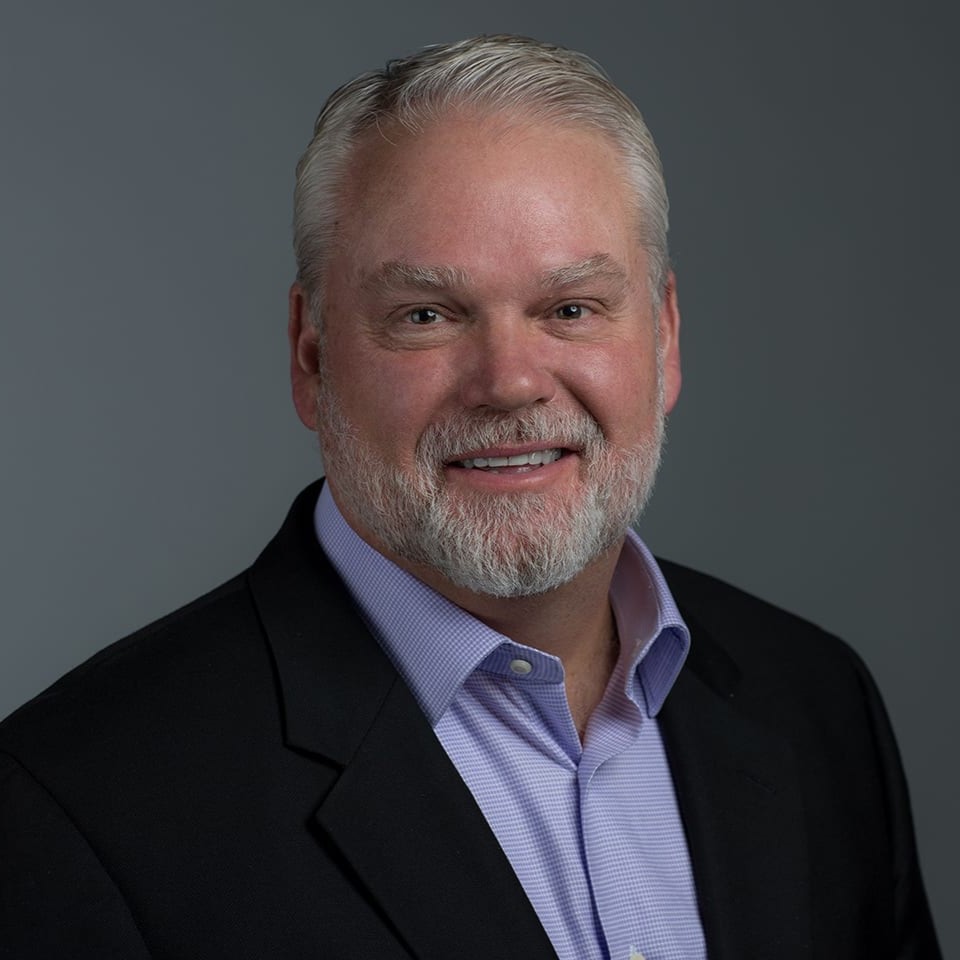 Rodney Cox is Founder and President of Ministry Insights International, a ministry with the mission of Transforming Relationships Globally. Rodney has a passion for developing oneness in the relationship between husbands and their wives and parents and their teens.

His heart’s desire is to unify the Body of Christ by helping everyone everywhere understand and value the different strengths God has placed in the body. He believes that God intended for the diversity of strengths to complete relationships not defeat them.

His life-long message, Leading From Your Strength, has impacted more than 250,000 individuals both nationally and internationally as part of his growing Leading From Your Strength Movement. His clients include Willow Creek, Willow Australia – UK – Ireland, Saddleback Church, YoungLife, Lifeway, Focus on the Family, and thousands of churches worldwide who desire to build close-knit relationships.

Rodney is a sought after speaker who challenges his audiences to build relationships based on their God-given strengths. 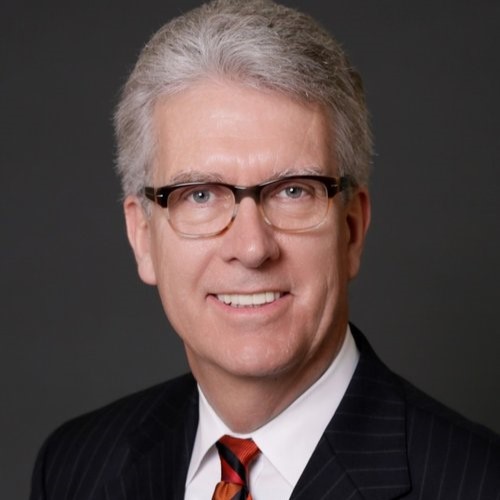 Founded in 2001; Calvin Edwards & Company builds on Mr. Edwards’ 20+ prior years of executive leadership experience in the nonprofit world and financial services sector. From 1996 to 2000 he was a part of the senior management team, and a principal, at Ronald Blue & Co. (RB&Co.), an investment advisory firm. Mr. Edwards worked closely with Ron Blue on the growth and strategic direction of the company. It was here that Edwards recognized that affluent donors could benefit from wise professional counsel regarding strategic giving.

Prior to PLI, Mr. Edwards was executive vice president of Walk Thru the Bible Ministries (WTB) in Atlanta with responsibility to manage its four revenue centers, international outreach, and business operations. He joined WTB in 1985 and led an expanding publishing division for more than five years before assuming leadership of the entire company’s operations in 1991.

Mr. Edwards previously taught in parochial schools for some years as well as lectured in freshman calculus and algebra while in graduate school.

Mr. Edwards has served on the board of 17 nonprofit organizations and helped to found seven. He has written and lectured extensively on nonprofit management, effective philanthropy, and a wide range of related technical topics. As an adjunct professor at Pepperdine University, he taught a course on Principles of Effective Philanthropy, and lectured on nonprofit program evaluation at Georgia State University and national conferences.

Articles authored by Mr. Edwards have been published in a variety of magazines, and he has often been quoted in the Wall Street Journal. He was the general editor for the Family Walk series of books and senior editor for the Youth walk Devotional Bible (finalist for a Gold Medallion award). In 2001 Andrews University Press published his Seeker After Light, the biography of theologian Albion Fox Ballenger, which was co-authored with Professor Gary Land. He has contributed to the publication of 30+ books.

Mr. Edwards came to the U.S. from Australia in 1979 and is a naturalized American. He is married with two adult children, and enjoys reading, snow skiing, and running 10K road races. 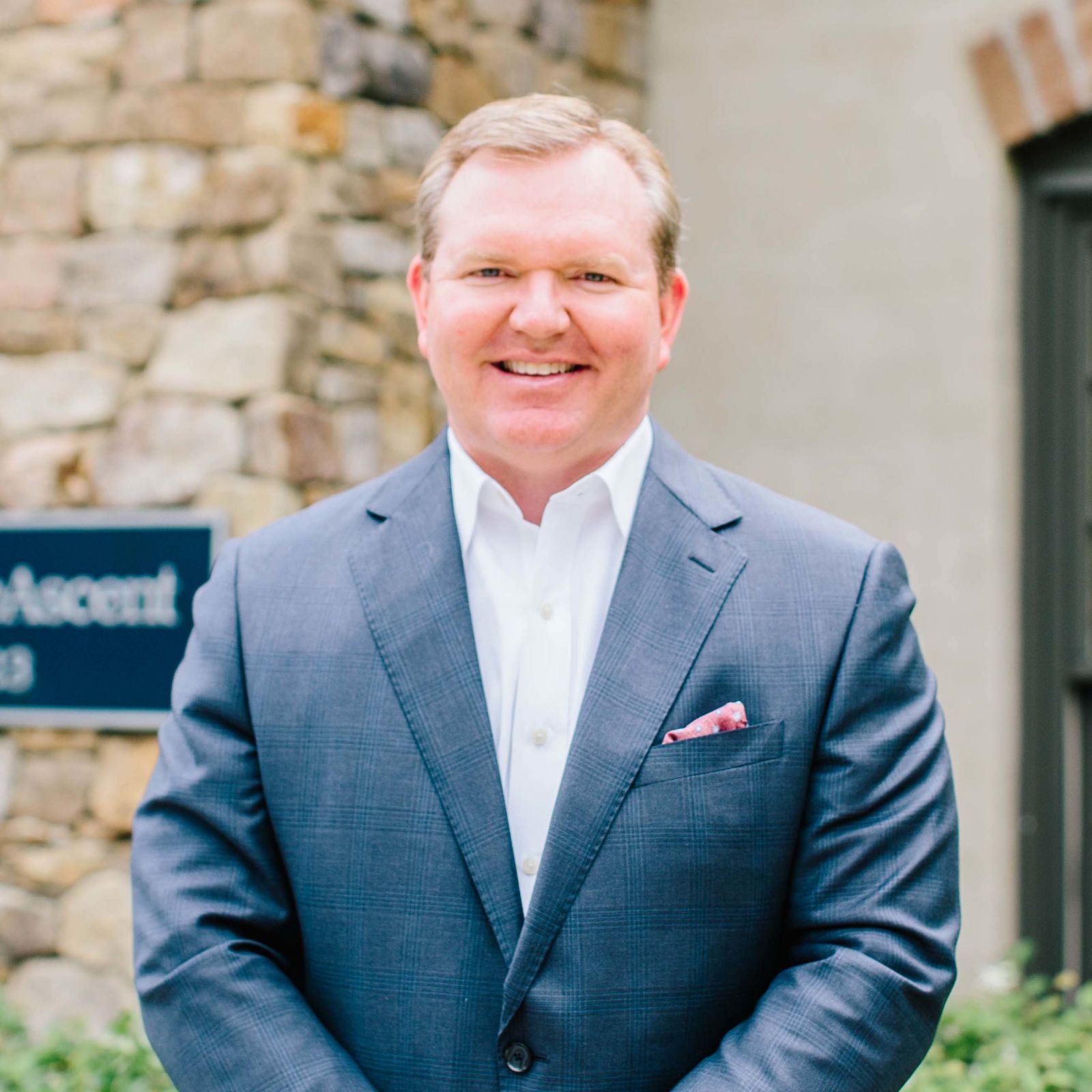 Harry Pearson is CEO of OneAscent Wealth. With 25 years of experience, Harry is passionate about serving families by encouraging generosity, aligning their investments with their values and encouraging Kingdom-driven, faithful stewardship.

After obtaining a B.A. in Finance from the University of Alabama at Birmingham in 1996, Harry joined Ameriprise in early 1997. In 2002 he opened his own Ameriprise franchise, which expanded to include five advisors, five support staff, and offices in both Birmingham and Huntsville. Feeling led by the Lord to have a greater Kingdom focus with his practice, Harry founded OneAscent in 2017 to assist his firm and others across the country to advise with values-aligned, Kingdom-driven excellence. Harry has both Certified Financial Planner™ and Chartered Retirement Planning Counselor℠ (CRPC®) designations and was appointed to the Ameriprise Chairman’s Advisory Council from 2012 to 2014.

Harry is an active member of Oak Mountain Presbyterian Church where he has served in a variety of leadership roles, including as an ordained ruling elder since 2007. Harry and his wife Laura, have been married for 29 years. They have four adult children and six grandchildren. 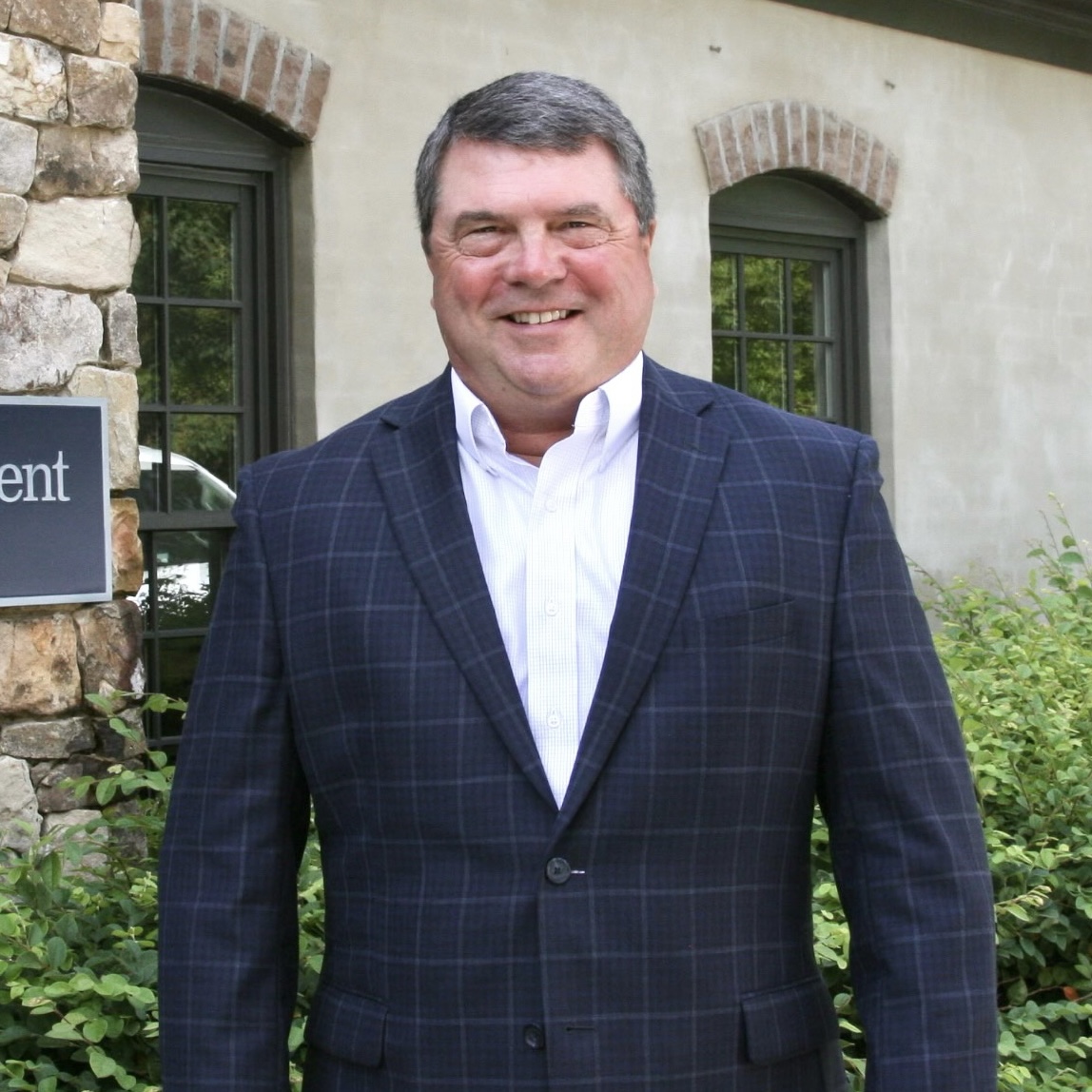 Inspired by Bob Buford’s Halftime, Don Ankenbrandt left the business world and joined Young Life for a total of 17 years, where he served in a variety of roles. In 2007, he founded Alliance Ministries with the purpose of coaching men and women to discover their unique calling. He created and co-authored The 210 Project, a unique online coaching process for anyone to explore their purpose and calling. Having worked for the last 15 years with successful businessmen and women, his mission has shifted to philanthropy and connecting people to ministries that fit them. In March, he joined OneAscent Wealth as the Director of Stewardship and Strategic Engagement, assisting families and advisors in their philanthropic endeavors.

He has travelled the world extensively, coming alongside hundreds of different ministries, and wishes to use this knowledge to connect people to what God is doing around the world. 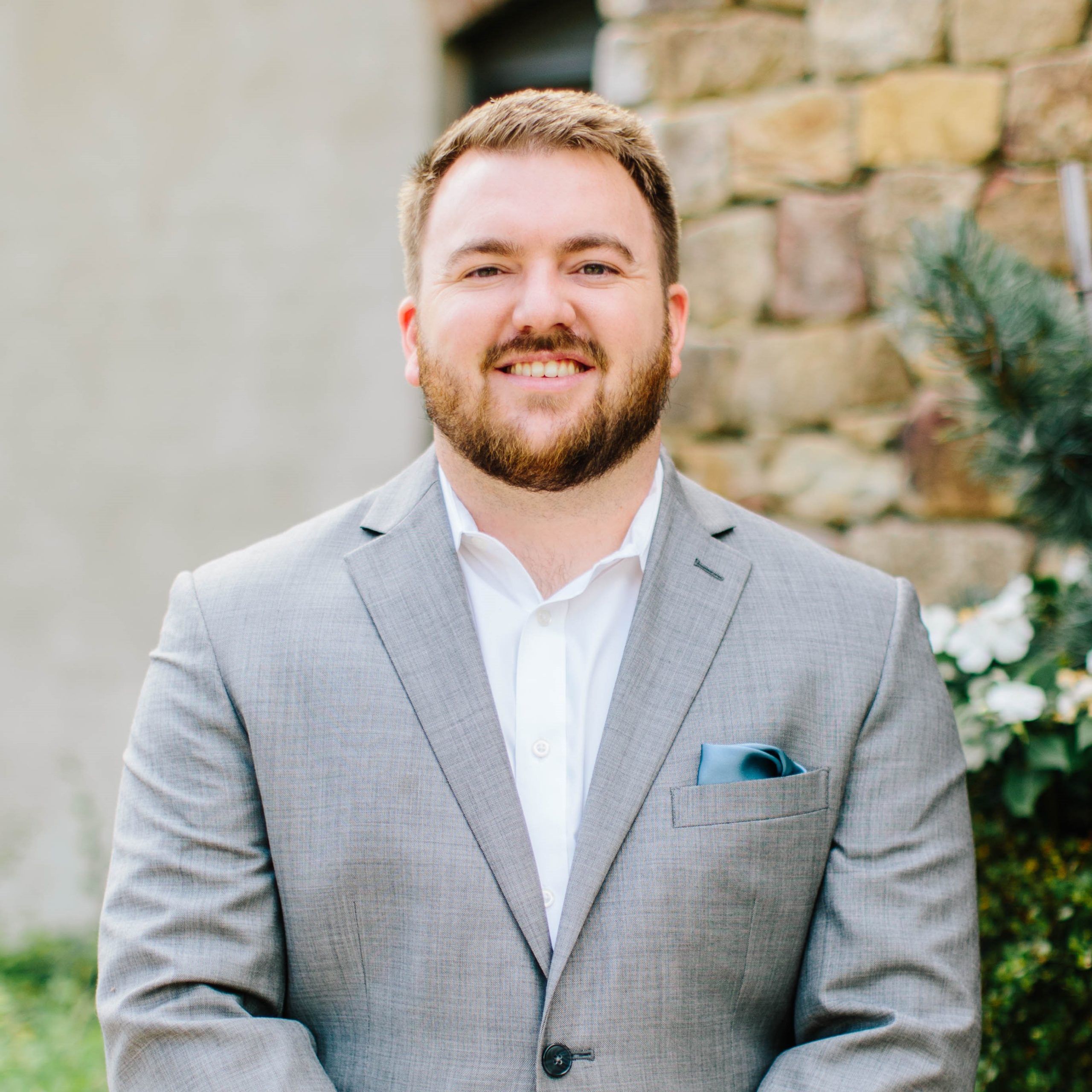 Prior to joining OneAscent in 2018, Cole was a Senior Investment Associate for Eventide Asset Management serving in similar capacities both on the sales/marketing and portfolio management teams. He holds a B.S. in International Finance as well as a minor in Mandarin-Chinese from the University of Alabama and is a CFA Level III Candidate.

Cole enjoys spending time with his wife, Hannah, and their three young sons. Cole and his family are active members of Covenant Presbyterian Church where he occasionally teaches adult Sunday School classes. 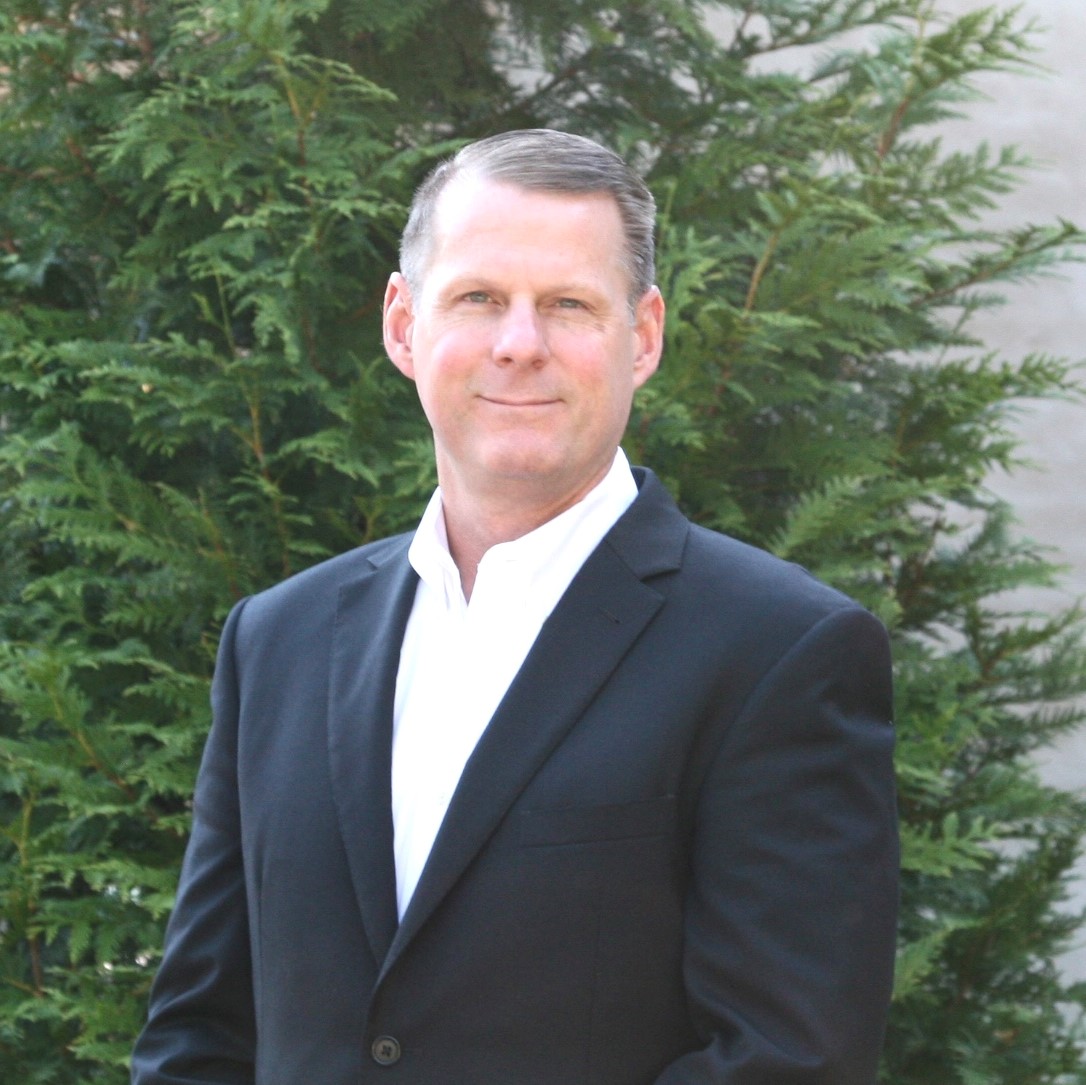 John Siverling is the Director of Private Markets and Impact Advocacy for OneAscent Investment Solutions, and a Managing Partner in OneAscent Capital LLC. He has over 30 years of business experience, and over 20 years in the venture finance industry.

John has developed his financial, operational and management business skills from a varied history of professional experiences. Following his lead role in the formation and launch of the Christian Investment Forum, John became the first Executive Director in order to continue the growth strategy of the non-profit trade association, until its merger with Faith Driven Investor. In addition to his work at the Christian Investment Forum, John is also the Managing Partner in JAS Ventures, LLC, a consulting firm focused on helping companies develop and execute values integrated business practices. He is also a co-founder and President of RDJ Ventures, LLC, an early-stage biotechnology company. 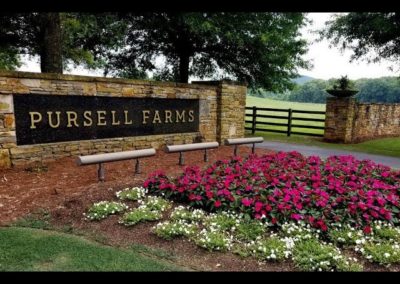 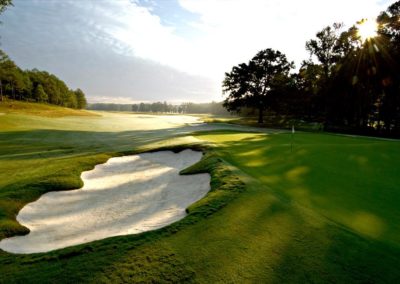 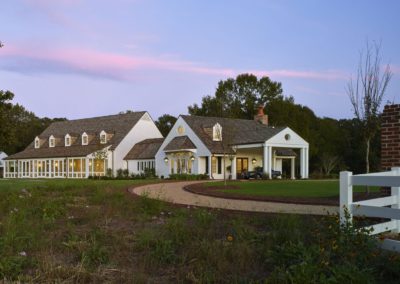 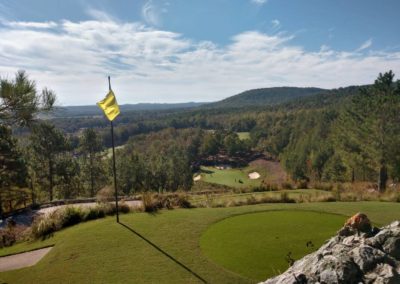 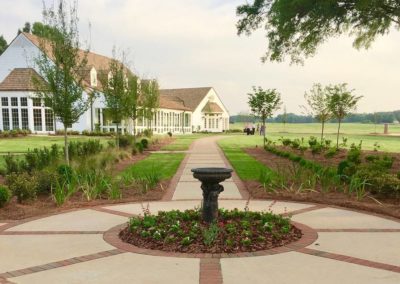 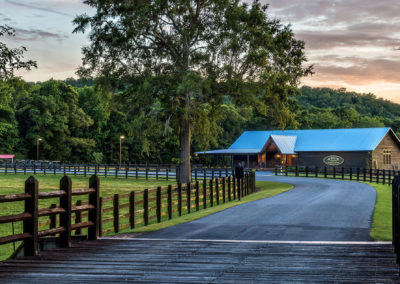 When you finish registering and click the “Submit” button, you will be automatically redirected to Pursell Farms’ website to book your room(s).

Your registration is not complete until you book your room(s).